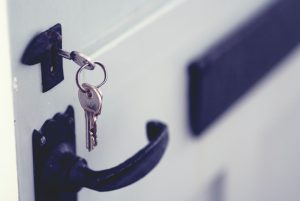 Researchers believe a lingering Trump-era change to an agreement between the FHFA and the U.S. Treasury Department could undermine efforts by the new administration and newly nominated housing officials to combat discrimination and racism.

They found that an amendment announced January 14 by Treasury Secretary Steven Mnuchin and Federal Housing Finance Agency (FHFA) director Mark Calabria would restrict the volume of "high risk" loans they can purchase as well as the volume of second homes and investor properties.

The authors explain in this published paper why these moves are an ineffective means of managing risk that will come at a considerable cost. They add that said changes should be edited or abandoned.

"These changes will likely prove binding once the current refinance wave ends and, they will further limit access to mortgage credit and disproportionately affect Black and Hispanic borrowers, as well as [compromise] the goals of the Biden administration to advance racial equity," wrote the study's authors.

The study outlines the ways in which, even before the changes, the pandemic had slowed GSE backing of what is considered high-risk loans, and why and how that impacts borrowers from minority groups.

They also go on to establish reasons why they believe the rules are redundant.

FHFA already is accomplishing the same risk-management goal through its capital rule (by charging for high-risk loans through a higher capital requirement) than is done in the PSPA.

"Moreover, the automated underwriting systems also measure these characteristics so that any loan
that makes it through these screens likely has other compensating factors, such as a stable borrower income. Less than 0.2% of the high-risk loans in 2020 violated all three of the triggers, indicating that weakness on two triggers was compensated for by strength on the third."

The paper, which can be accessed in full at urban.org, concludes that the PSPA adjustments made last January undermine policymakers’ ability to support the mortgage market on several fronts.

"These limits both disproportionately affect borrowers of color and unnecessarily constrict policy choices going forward," they write. "We thus urge the new administration to revise the limits to better meet their policy objectives or abandon them for the sake of more dynamic, flexible tools in rulemaking or directives."