Short sales are quickly becoming a popular alternative to foreclosure, even ""outpacing REO sales"":http://dsnews.comarticles/realytrac-reports-short-sales-up-33-in-january-and-outpaced-reo-12-states-2012-04-19 in certain states, according to data from RealtyTrac.

While short sales have become a more common home forfeiture solution, an individual in California has been working on a program to turn short sales into a solution for homeowners who want to remain in their home, but as renters instead of owners.

In 2011, Treasury released a ""directive"":https://www.hmpadmin.com/portal/programs/docs/hamp_servicer/sd1102.pdf amending the ""arm's length"" rule for short sales completed through the ""Home Affordable Foreclosure Alternatives"":http://www.makinghomeaffordable.gov/programs/exit-gracefully/Pages/hafa.aspx program. Rather than requiring all short sales to be arm's length transactions, an exception was made.

The directive, which took effect June 2011, gave servicers the freedom to approve a short sale that is not an arm's length transaction if the sale is for a nonprofit and if the property is to be rented or resold to the borrower. In addition, the sale would have to meet all HAFA program requirements.

When Bob Irish, a broker based out of Riverside, California and owner of ""Lake Hills Realty"":http://www.lakehillsrealty.com/, learned of Treasury's change, he was inspired to create a program based on the new guidance.

Through the program, struggling homeowners can remain in their home as a tenant after the property is sold via short sale to a nonprofit. In the case of Irish's program, former homeowners reside in the home for at least three years as renters, and they must take six financial counseling courses over the three years. The classes are free and offered through the nonprofit his company works with, ""HomeStrong USA"":http://www.homestrongusa.org.

Irish explained the three year rule was implemented based on the approximate time it might take for a former homeowner to build his credit again and become eligible for an FHA-insured loan after going through a short sale.

While the idea of the program was based on HAFA guidelines, the option is available to everyone, as along as the lender agrees to the program. Irish says his company has received both HAFA and non-HAFA approval.

Irish says one major bank has agreed to the program for its portfolio loans.

In addition to helping struggling homeowners, National Short Sales also offers classes for real estate agents interested in learning the program and receiving SSLB certification. Irish said they first started offering classes in September 2012, and since then have trained over 200 agents.

While Irish says he is not aware of other programs out there that are offering what his company is, he was quick to emphasize homeowners shouldn't be asked to pay upfront fees if they are trying to pursue a short sale with a lease back option.

Previous: The Rise and Fall of REO Sales
Next: Redfin: Recovery Swells in Unlikely Neighborhoods 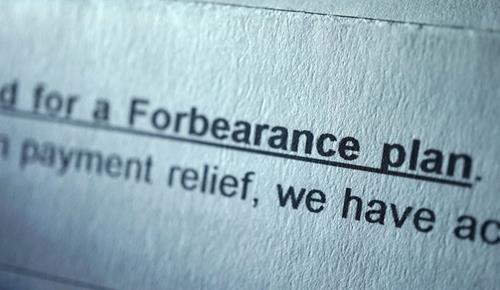