""Ally Financial Inc."":http://www.ally.com, one of the nation's five largest mortgage servicers, acknowledged receipt of subpoenas from the U.S. Department of Justice and the U.S. Securities and Exchange Commission (SEC) Wednesday.

""The subpoena received from the SEC includes a broad request for documentation related to certain Ã¢â‚¬Ëœbulk settlements' relating to mortgage loans placed in securitization trusts,"" Ally said in a filing with the SEC.

The subpoena from the Department of Justice requests documentation and information ""in connection with its investigation of potential fraud related to the origination and/or underwriting of mortgage loans,"" Ally said.

The home and auto lender previously received a $17.2 billion bailout from the U.S. government.

Ally acknowledged that the subpoenas ""may result in material adverse consequences including without limitation, adverse judgments, settlements, fines, penalties, injunctions, or other actions.""

Ally also noted, ""We continue to see signs of economic stabilization in the housing and vehicle markets, although our total credit portfolio will continue to be affected by sustained levels of high unemployment and continued uncertainty in the housing market."" 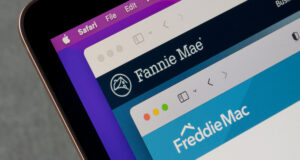 Fannie Mae's Innovation Challenge 2022 will help the company seek innovative, scalable proposals to remove barriers that currently prevent many households, including Black households, from purchasing or renting a home.