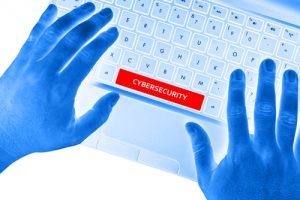 On Tuesday, the House Financial Services Committee held a hearing titled "Who's Keeping Score? Holding Credit Bureaus Accountable and Repairing a Broken System." The hearing is especially important in light of the data breach of mortgage information that was reported recently.

The hearing which was held in two parts saw the committee discussing the current credit bureau reporting system and how that was impacting consumer credit scores in the first part. The second part of the hearing focused on regulation that could make the credit reporting system more secure and consumer-friendly.

"This hearing with the testimonies of the CEOs of the three major credit bureaus is long overdue," said Rep. Maxine Waters, Chairwoman of the House Financial Services Committee in her opening statement. "

Waters pointed out that in 2017, Equifax experienced a data breach of personally identifiable data of approximately 148 million individuals, "around half of all Americans." She said that in 2015, Experian discovered a breach that affected 15 million consumers "who applied for T Mobile service, and in 2013, all the three credit bureaus being represented at the hearing—Equifax, TransUnion, and Experian—had identified unauthorized access to sensitive data relating to high profile individuals."

"These data breaches are deeply troubling because credit bureaus collect reams of information on millions of Americans," Waters said. "The more information they collect, the more people are at risk when that information is not properly protected. Even worse than credit bureaus’ vacuuming up of consumer data is the lack of control that consumers have over this data."

Additionally, Waters said that they would also discuss two key legislation, one that is intended to "repair the existing system by shifting the burden of removing mistakes from credit reports onto to credit bureaus and another to protect consumers who get affected by a Federal government shutdown from having their credit damaged.

"While these are all critical reforms to the existing system, I believe that we need to ask whether the system is so beyond repair that we need to completely rebuild the entire consumer credit reporting sector to truly put consumers first," she said.

Ranking member Rep. Patrick McHenry agreed with Waters in his opening remarks saying that this hearing was a long time in coming and was necessary. "The system is broken," he said adding that the credit reporting system was "in need of major repair." He said that the current statute governing credit reporting was written for the pre-internet era. "Our credit bureau system should be well-served by increased competition," McHenry said.

During his testimony in the first panel that looked at fixing the current credit reporting system by holding credit bureaus more accountable, Mark Begor, CEO, Equifax said that his company also shared "that sense of obligation."

"I am committed to making improvements to our processes so that consumers have a seamless and positive experience when they are facing some of life’s pivotal moments—such as applying for a mortgage, financing an education or buying a car. Under the Fair Credit Reporting Act (FCRA) and recently enacted S.2155, we are well positioned to meet and exceed consumer needs when they are standing at these critical junctures," Begor said in his written testimony.

"Last year in the U.S. Equifax delivered 2.3 billion consumer credit files–more than six million per day–to lenders," Begor said. "In 2018, mortgage lenders relied on our insights to help more than 11 million homebuyers secure a home mortgage or home equity loan. During that same period, our information helped more than nine million people finance their education. These examples are just a few of the ways that we, and our industry peers, play a critical role in the U.S. financial ecosystem."

Sharing his views on how TransUnion's credit reporting system works and how regulation can strengthen it, James M. Peck, President, and CEO, TransUnion said in his written testimony that TransUnion was proud of the innovations that TransUnion continued to bring to the marketplace. "We know that we can continue to improve by working with this Committee, with regulators, and with the broader industry to make our credit reporting stronger, fairer, and more accurate for everyone," Peck said.

"The number one priority of Experian is the safety of consumer data," said Craig Boundy, CEO, Experian North America in his testimony. "We are equally focused on data accuracy. Our goal is to reach as close to 100 percent accuracy as is possible. We have invested heavily to move closer to achieving that goal."

Giving her views on the need for reform for today's consumer credit reporting, Chi Chi Wu, Staff Attorney, National Consumer Law Center said that to give consumers a better credit reporting system regulators should pass an updated version of the Comprehensive Consumer Credit Reporting Act that included stricter matching criteria as well as giving consumers the right of appeal for credit reporting disputes among other amendments.

Click here to watch the complete proceedings of this hearing.